Prompted by Rae, I am reviewing my goals for 2017 (and, obviously, looking forward to what I might do in 2018.  But that’s a different post!)

As Rae says, this has been a less than ideal year.  My last post talked about GNR:

I resolved that I would defer my place and run Oxford Half, instead.  In the event, I needed some (relatively minor but important) surgery to resolve a long-standing, non-sports related pain issue.  The surgery was scheduled for 3 days before our holiday, and about a week before that Mr P decided to leave me.  Out of the blue, and without any forewarning, he got up one morning and left home.  So I didn’t make it to the holiday I so desperately needed, *or* to Oxford Half, as it turns out.  And I was so miserable, I didn’t even notice that goal slide by me.

I spent some time just being devastated, and trying to be kind to myself and not lose my mind entirely.  And in that time, I had many revelations.  One was that I cannot know anything about anyone else’s motivations, and I just have to accept that some things are un-knowable, and not heap scorn and derision on my own head (or anyone else’s) because of them.  One is that in times of devastation it is hard, but really important to be kind to yourself.  And one was that sometimes being kind to yourself is such important (hard) work that everything else has to go by the board for a while.  And so I spent some time not doing much running at all, and that mean that my final goal of 1,000km in the year, was also beginning to slip beyond my grasp.

While I’m still devastated (in fact, this is brought to you from my sofa as I find myself unaccountably unable to stop weeping, today, and so have not gone to work), I did not – could not – spend too much time idling.  So I got back on the horse, and clambered back to my strict regime of eating and planned exercise after only 4 weeks or so.  And I have worked hard since then to reclaim my 1,000km target.  I was determined that I would not allow anything else to slip into the mêlée of stuff I’d lost and was beating myself up about.  I just wouldn’t.

About the time the London ballot results for next year were announced, George Anderson – whose running programmes have always stood me in excellent stead – launched a pre-programme programme for those of us who wanted to get our legs prepared for training for a spring marathon.  As it happens, I had agreed with Mr P that I wouldn’t run a marathon this spring, and we’d have a year where our dark season weekends weren’t dominated by training runs.  And – despite being super-tempted by Manchester – I’ve stuck to that plan.  But I am still going to run a half marathon to kick the year off.  I’m going for Milton Keynes, next year.  It’s supposed to be a flat, fast course; and while I’m sure *I* won’t be fast, flat will be a huge relief after the cold, hilly shit show that was Warwick half, earlier this year!  So there’s that.  But the biggest benefit of the pre-programme programme was that it really gave me a motivation to rack up my kms.

And for the last four or five weeks, I’ve known that I’m going to reach that goal.  Surely, steadily, I’ve been ticking down the kilometres towards 1,000.  Georgey, my new PT at Hall Training (lovely Becky went to New Zealand!!) kept me accountable, asking for progress reports every Wednesday morning and working my schedule around my preference to run on Tuesdays and Thursdays (what can I say? I’m a creature of habit!).  I wanted to get below 50km to go, and then smash it out in a week, and sure enough by the end of the week before last I had only 39.4km left…

And then it snowed!! 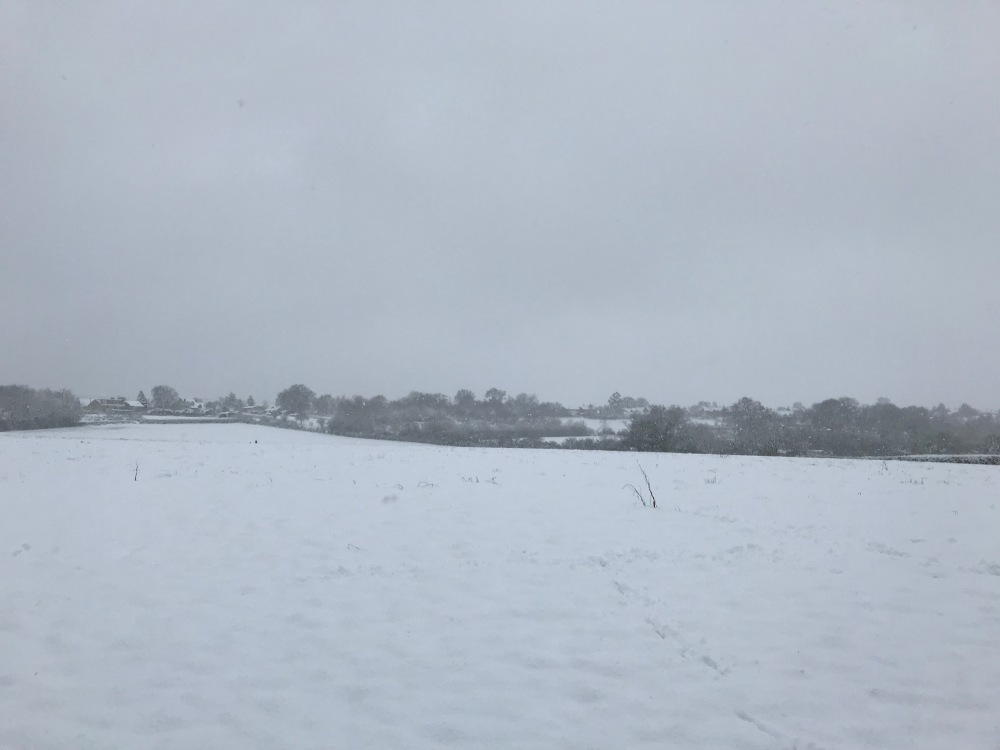 So in the end, I had to do the last few km on a treadmill, which was not quite what I had in mind.  But still.  I did it! With 18 days to go, I submittedmy results to Virtual Runner, and now all I have to do is sit on the couch and await my medal! (and wish I could run at that pace off the treadmill….) 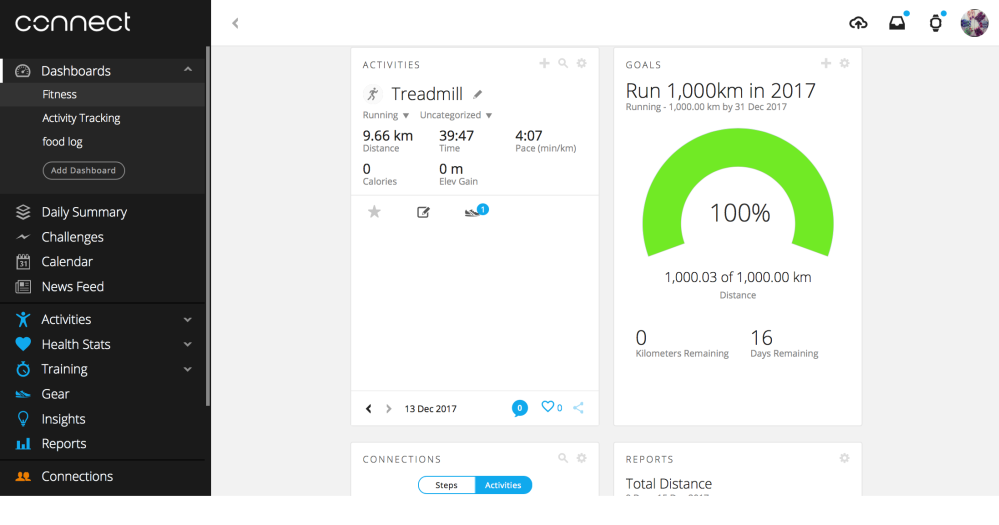 Which means that I managed to get three out of four of my stated 50th year targets: London marathon, Race to the Stones and 1,000km overall in the year.  And I did that despite significant illness in the family, my own surgery and the almost-literally crippling loss of my relationship.  In amongst all of that, I’ve also dropped some weight, shifted a significant amount of body fat, and regained my running mojo.

So half marathon training starts next week, and I will continue to welcome the endorphins as they continue to scoop me out of the emotional gutter I’m currently languishing in.

I suppose I’m setting next year’s goals with the newfound knowledge that goals are what you make them; it’s often not the actual achievement of them that is most valuable.  It’s what you learn along the way, about yourself and your abilities and the way the world affects you (and vice versa).  In the end, achieving what you set out for is a bit of a bonus.